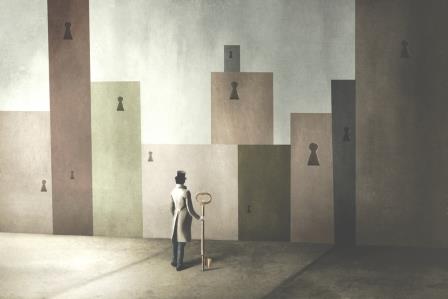 It is said; that philosophy is the mark of a civilised society. Philosophy means love of wisdom. Some of the most famous world philosophers; asked what seemed like the simplest of questions. Why are we here? What happens when we pass away? Where do we come from? And more…

In the busy world we live in, we barely have time to think sometimes. We are faced with a myriad of questions daily, but perhaps none that ask or answer the bigger questions in our lives.

Anybody that has children, or has spent time with children, will know that they are the ultimate philosophers. Ever curious, always asking questions, wanting to know why – sometimes much to their parents’ despair! Sadly, along the way – we often lose this curiousness and become more accepting of what we are told; and we challenge less what those, especially in authority, tell us.

In 2022 have you set yourself the goal of being more curious about the world, how it works and what part you play in it? If so, to start you on your questioning journey. We look at some of the famous world philosophers and explore what their beliefs were.

Philosopher’s Simple Explanations of their Beliefs:

Aristotle believed that what makes one person happy; is not what makes another happy. So, we should strive for the good in life and the collective happiness of all people.

Confucius felt that things were not mystical, that instead, knowledge was in people. He believed in an ordered society; and felt that education was vital.

Freud thought that we are all driven by our unconscious needs and desires. Something that our conscious mind cannot always control!

Jung invented the idea of the collective unconscious. Suggesting that; everyone in the universe experiences the same concepts and mythical events.

Lao-Tzu understood that we should live in harmony with the universe. Meaning; to follow ‘Tao’ – Way of Life.

Plato considered very strongly that evil came about from a lack of knowledge. He took a scientific, almost math like approach to solving problems. Believing that; this would provide the answer to living a good life.

Pythagoras believed in harmony in the universe. He also felt that all things related to numbers.

Sartre thought that we are each responsible for our own lives and that there is no higher meaning. He felt that existence was the only important thing.

Shankara felt that the only reality – was one’s self. Anything else; could be put down to a lack of knowledge.

Socrates sensed that truth was known in our souls, and to get at those truths, all people should think for themselves.