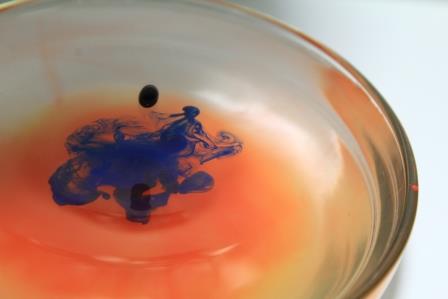 Scrying interprets magical images, using a reflective source whether that is a mirror, crystal ball, or water. Really anything that has some natural movement, such as fire or clouds can be used for scrying.

Hydromancy is the proper name given for scrying in water. This method of divination would have taken place by a natural pool of water, such as a lake when done originally. The surface was used much the same as we might use a crystal ball, to interpret images and make predictions.

The practice of using lake water for divining purposes was called Diana’s Mirror. Scrying would have taken place when a Full Moon over head could provide illumination to the water.

In contrast early French scryers would always use spring water, this was placed into a bowl and it was tradition to burn Saffron nearby. In order to maintain a connection with the Earth, the scrying water was poured onto the soil after a reading was complete.  Nostradamus a very famous physician and astrologer was said to have made many prophesies for centuries ahead using a form of water scrying, with a bowl of water balanced on a brass tripod.

Some cultures have historically used ink in water, and this is a method that can still be practiced today:

Scrying with water is considered to be especially enchanting. Being outside, having the surface of water impacted by the sun, the moon, the wind, the rain and so on – gives an added dimension to the light, shadows, and movement of images.