Turmeric - The Golden Goddess of Healing 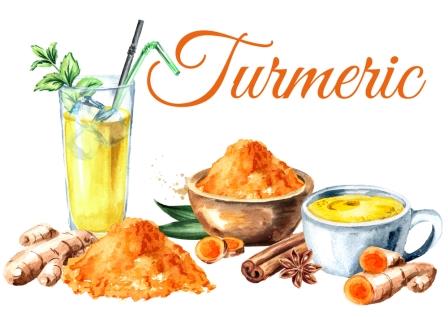 You have probably noticed more and more people discussing turmeric, it is being added to recipes, and is even available in hot drinks!

But just what is so special about this herbaceous plant?

Well, in South Asia where it is grown, it has long been revered for its health-giving properties, sometimes referred to as the ‘Golden Goddess’ – a super spice.

It has been used in Indian cooking for centuries, and its medicinal heritage goes back over 4000 years. It is used in Chinese medicine and is a staple in Ayurvedic practises.

But now, it is more main-stream, largely for its ‘curcumin’ compound which is anti-inflammatory, antibacterial, antimicrobial and antioxidising!

What has Turmeric been used for?

To name a few…

As with many ingredients/supplements, it can be difficult to translate scientific research into a human cure, especially for more serious diseases such as cancer.

Some of the challenges in the health field is how quickly the human body metabolises curcumin, thereby reducing its bioavailability for healing.

One thing that has been shown to increase absorption is black pepper. Which is why you will often find supplements or healthful recipes combining the two ingredients.

Including Turmeric in your Diet

Scientists seem to agree that consuming regular amounts of turmeric, for example through cooking, does seem to positively affect our bodies on a genetic level over time. So, finding ways to add it to your recipes, seems like a good idea.

Try adding this yellow spice to soups, stews and curries. But don’t forget that it can also be added to things like warm milk – chai turmeric latte anyone? Or even desserts like rice pudding.