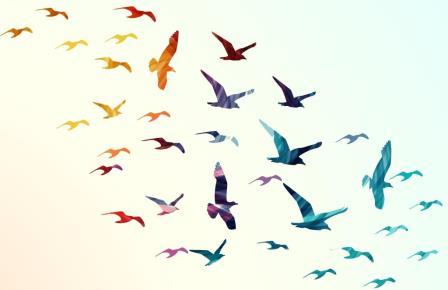 You have probably heard of Carl Jung, a famous Swiss psychoanalyst, one of the theories he developed was ‘synchronicity’ or put another way – ‘a coincidence in time’.

The theory looked at when is a coincidence not a coincidence, but “an acausal connecting theory”, more simply – when there is a meaningful relationship between two events that have taken place at the same time!

The funny thing about synchronicity, is that there are really no set rules – its personal, and for a person to decide what is meaningful or not.

It could be as simple as two close friends having very similar dreams and sharing the experience with each other, it could be that a person is thinking of someone they knew a long time ago, and then they got in touch. These events are not logical or casually related, but they become meaningful to the person because of how they happened.

In his later research Jung put quite a lot of importance on recognising the signs of synchronicity, believing that there was evidence that the ‘collective unconscious’ was at work, pointing us in the direction of what was important for our personal development and growth.

One example Jung gave of synchronicity was of his patient’s experience, he was treating a man that was married, his wife had told him that on separate occasions when her grandmother and mother were dying, a flock of birds had gathered outside of the room. The husband was thought to be quite ill with suspected heart disease but was later given a clean bill of health. He was on his way home when he collapsed in the street. When his wife was contacted – she already suspected something terrible had happened – as a flock of birds had gathered outside of their home!

Of course, on the one hand you could argue that the flocks of birds were nothing more than coincidences, but that doesn’t really matter, the wife attached special meaning to the birds, and the fact they congregated at three deaths means it goes beyond coincidence and looks more like synchronicity.

You may wonder why this is an important topic to explore, but in life there is a way to use synchronicity to test whether we are on the correct life course, and whether our choices are working out for us. Multiple signs can focus our attention and put us on the right track if we heed their suggestions.

There is a downside to synchronicity, and that is the ability to see ‘false signs’, i.e. to connect very random events together in order to assume you should be doing one thing or another. But like many conceptual ideas, it is a case of being open to the possibilities and trusting your intuition.

Ref: The Psychic’s Bible and The Encyclopaedia of Mind Body Spirit