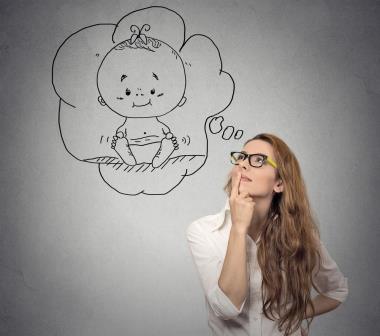 In time gone by there was quite a lot of mystery surrounding fertility in humans, more time was probably spent on worrying about animal husbandry and growing crops. And of course, there were inherent dangers in childbirth, in a time without doctors and medical facilities, so it is only natural that at this time people would turn to omens, signs or even magic by way of reassurance.

You are all familiar with kissing under the mistletoe… well this plant is thought to have aphrodisiac/fertility inducing properties and as such women wanting to conceive would wear it wrapped around their wrists and waists. It’s berries and leaves were in fact prescribed as a treatment for infertility in women – they may ingest the berries (not recommended today) or wear in a pouch on their person.

Other plants were also considered to increase the likelihood of becoming pregnant – a young woman would sow parsley seeds and later pick the herb. But like many superstitions there was an opposite side that parsley would actually prevent pregnancy (and there is more medical basis for this explanation, albeit if eaten in vast quantities – unlikely to happen in a normal diet).

Sometimes a joke is made in office environments when several women in the workplace have become pregnant after sitting in a particular chair, and this has its basis in history where it was believed that if a woman sat on a chair after a pregnant woman had left it that she too would soon become pregnant.

Finding a hollow loaf of bread was also supposed to predict a future birth.

A woman seeing an oval shaped cinder bounding out of a fire would also suggest a birth was coming up.

Midsummer’s Eve has gone for this year, but in Britain it was commonly thought that one way to cure infertility was to go out into your garden naked during Midsummers Eve, and whilst you were there – pick St John’s Wort. It’s possible that a person’s mood and therefore sexual relations improved by consuming the plant, as we now know that it acts like a type of antidepressant.

Whilst not specific to an individual, often fertility superstitions were tied to the natural world, and as such a good year of nut harvests would mean a good year for babies (most likely the following year). Further to this, if a woman was to consume kernels from a double-kernelled nut then pregnancy would follow with twins!