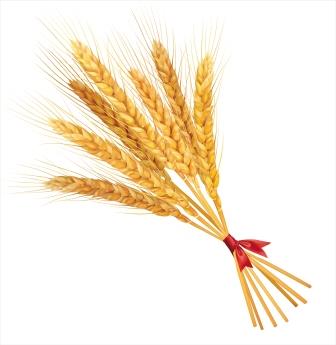 Within farming communities, both the first and last sheaf of corn or wheat harvested had special importance. As such, over the years many rituals have arisen that celebrate the event.

In the Scottish Hebrides people used to rise on the 15th August (the Festival of the Assumption of the Virgin Mary), in order to gather up the corn that had ripened and was ready for picking. To celebrate, a bread known as ‘Bannock’ was baked with the first fruits of the Celtic season.

When it came to the end of the harvest, often a farmer would leave the last sheaf standing alone, with everything harvested around it in each field that was worked. Other times the last sheaf was burned and then scattered over the fields.

Corn Dollies have been used by farmers in a number of ways over the years, for example, a corn dolly would be fashioned from the last wreath of corn, which was then burned and buried. In other cases, the corn dolly was retained until the following spring. In both cases, the dolly represented an offering, to safe-guard the fertility of the land for the coming season.

In a slight variation on the above tradition, a Pictish and Celtic custom was actually to make the corn dolly and then pass it on to the next farmer, in essence ending their harvest and so on. It was the duty of the last farmer in the chain to guard the dolly over the winter period.

Corn Dolls are often depicted in female form, and many countries have a type of wheat/corn doll. In Brittany, France it is known as Mother Sheaf, in Poland – Baba (grandmother), and in Germany – Kornmutter (Corn Mother).

If you go on holiday in one of these locations during August, you may well find symbolic corn dolls being sold at country fairs, farmers markets and the like.